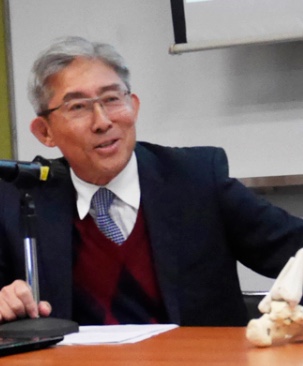 Dr. Daniel Y. Wu was born in Taiwan, trained in trauma and sports injury, certified in orthopaedic surgery in Canada and the United States and has been practicing in Hong Kong for more than 30 years.

During his surgical residency in 1980 at McMaster University, Dr. Wu encountered an Italian bunion surgery called “Osteodesis” performed by Professor Michael Harrison. Realizing bunions are a ligament issue, the procedure made total surgical sense to Dr. Wu. This chance encounter made such a strong impression, that for the next 35 years, and without exception, anytime Dr. Wu had a surgical bunion case, he would consciously deviate from the pervasive tradition of cutting bones and fusing joints to satisfy his belief and observation.

Dr. Wu moved to Hong Kong in 1987 and continued his main interest in treating sports injuries. Although it was not his primary focus, Dr. Wu made attempts to introduce the Osteodesis concept to other orthopaedic surgeons by giving presentations in Canada, Hong Kong, the United States, China and Korea. Seeing that the term Osteodesis was confusing to others, he eventually renamed the technique to the Syndesmosis Procedure (also Syndesmosis Bunion Surgery) to truly reflect the very essence of its concept.

In the mid-2000’s Dr. Wu identified his part-time effort with the Syndesmosis Procedure was not impacting other surgeons enough. He felt compelled to do more to carry on the vision of his predecessors. He began publishing his evidence in medical journals while gradually giving up his sports injury practice.

In 2005, Dr. Wu established a center dedicated to the treatment, research and education of the bunion condition and also Syndesmosis Bunion Surgery. For more than 10 years he painstakingly followed-up and documented virtually every surgical bunion foot, for up to 5 years with photos, standardized digital x-rays, and unprecedentedly, foot function scanning studies. From this data, Dr. Wu has proven indisputable truths about the bunion condition and published several studies in orthopaedic journals. Today he devotes himself totally to the further advancement of Syndesmosis Bunion Surgery.

Dr. Wu is most now passionate about sharing his life’s work to anyone who wants to learn. His patients enthusiastically praise his relentless efforts to educate and his genuine care for each person who walks through his door. Doctors who have learned from Dr. Wu praise his meticulous surgical skill and his attentive post-operative care. One surgeon said, “I found in Dr. Wu a true gentleman, who has no agenda, other than to help make the Syndesmosis Procedure available globally.”

Milestones of the Syndesmosis Concept